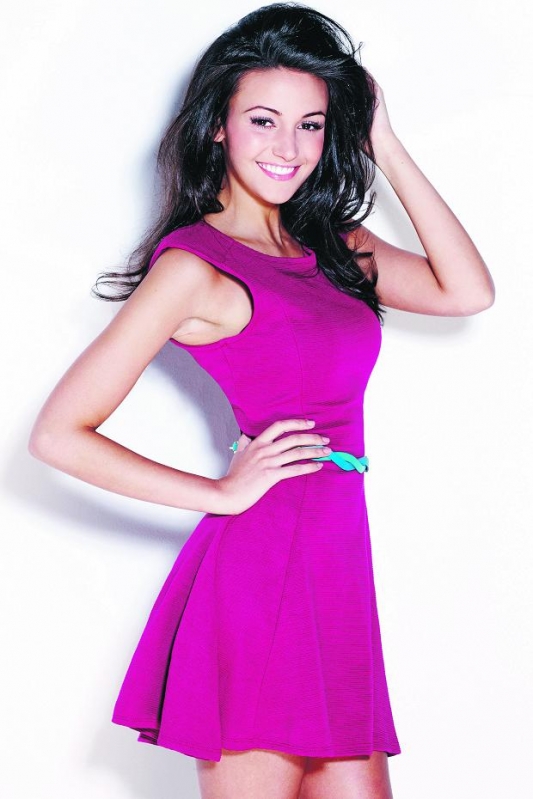 Desperate to clear her boyfriend Tommy’s massive debts, spirited Tina McIntyre makes some much-needed money by renting out her womb and becoming a surrogate mum.

And as we catch up with Michelle Keegan on a break from filming the feisty barmaid’s latest jaw-dropping scenes, she can’t help smiling as she contemplates her fake pregnancy ‘bump’.

“I like the idea,” says the 25-year-old actress. “When Natalie [Gumede, who plays Kirsty] had to wear one, I was constantly stroking it. I’ve always known I want kids, so the idea of having a big bump doesn’t freak me out at all.

“When I get pregnant, I will definitely be eating for two. I don’t agree with all that rubbish about getting back into a pair of tiny jeans.

“You’re going to go through pain, so you deserve to eat what you want. You need to enjoy the baby, not worry about shifting pounds. I’m not going to be one of those women who ping straight back – that’s a promise.”

That all sounds very much like a happy-ever-after situation, but life for both Michelle and her alter ego Tina is not so simple or rosy.

Just two months ago, Michelle broke off her engagement with The Wanted’s Max George, 23.

Their two-year romance ended after he was snapped kissing a blonde – and it is not something she wants to talk about.

Source: The Sun.
« All About Soap | Michelle Keegan Talks About Her Latest Corrie Storylines »